Creating a price incentive for developing countries to reduce greenhouse gas emissions was one of the leading principles behind the Clean Development Mechanism (CDM). Initially, the CDM reached only low-cost mitigation projects in large industrial facilities. With the development of the Programme of Activities (PoA) the CDM also granted projects at household level access to carbon markets. KfW was one of the institutions which pioneered this concept.

KfW commissioned Climate Focus to test the Programme of Activities (PoA) concept in its biogas programme in Nepal. Programmes of Activities are about bundling large numbers of emission reducing activities to a scale that they can generate and sell carbon credits.

Programmes of Activities facilitate large scale emission reduction by bundling hundreds, thousands, millions of individual, similar activities that by themselves are too small to apply the costly and time consuming carbon credit certification processes. Programmes of Activities are a recent facility under the Clean Development Mechanism of the Kyoto Protocol, the world’s main carbon credit scheme. Other schemes such as Joint Implementation, the Voluntary Carbon Standard and the Gold Standard have adopted comparable facilities that allow for massive bundling of emission reduction projects of which location and characteristics are still unknown when the programme is launched. The number of operational programmes is steadily growing and shows the huge potential of bundling through programmes. Programmes of Activities can bring sustainable development to people and places that have hardly benefited from carbon finance before: rural communities, farms or households in developing countries with little or no industry.

The Biogas Sector Partnership in Nepal

The Biogas Sector Partnership (BSP) implements household biogas digesters. The digesters enable households to displace firewood and fossil fuels with biogas from animal waste and human excreta. The generated biogas feeds cook stoves, and replaces the firewood which is usually used for cooking on wood stoves. Since the firewood is sourced from non-renewable sources and contributes to deforestation, its avoided use can be counted as mission reduction under the CDM.

The Biogas Sector Partnership (BSP) is managed by the Alternative Energy Promotion Centre (AEPC). AEPC is a government entity that executes renewable/alternative energy programs in Nepal. The BSP has a range of sustainable development benefits: The technologies used in the PoA are household biogas digesters with a sludge and gas holding capacity between 4 and 10 m3. The programme uses only one design i.e. GGC 2047 model. The biogas digesters are based on a uniform technical design and are manufactured and installed following established technical standards in Nepal. The digester itself is a closed underground container made of brick or concrete.

The GGC 2047 biogas digester consists of five parts: the inlet, outlet, digester, dome and the compost pits. The required quantity of dung and water is mixed in the inlet tank and this mix in the form of slurry is allowed to be digested inside the digester. The gas produced in the digester is collected in the dome, called as the gas holder. The digested slurry flows to the outlet tank from the digester through the manhole. The slurry then flows through the overflow opening to the compost pit where it is collected and composted. The gas is supplied to the point of application through a tube.

In the PoA the point of application is a stove. The biogas is extracted from the digester and transported to the stove. The digester has an overpressure which creates a stable flow of gas for use in the cooking stoves.The biogas consumption capacity of each biogas stove is 400 litre/hour. With an estimated methane content of 52%, this gives an annual natural gas capacity of maximum 1.86 kWth per stove. The programme was registered with the CDM in January 2013. It includes over 140,000 digesters, reducing an estimated 420,000 tCO2/year from avoided deforestation.

Client: KfW, in cooperation with SNV 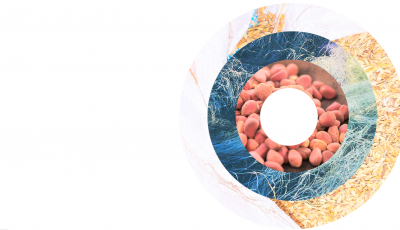 #projects Circular GHG mitigation opportunities in The Gambia: a systems’ approach The Gambia is enhancing its greenhouse gas mitigation pledge under the Paris... read more