With their heavy industry and highly educated workforce, the countries of the Eastern Europe, Caucasus and Central Asia (EECCA) region will have an important role in the transition to a low-carbon, circular economy. When governments, industries and public interest groups jointly take position and develop a shared circular economy agenda, the region has a major opportunity to benefit from its strategic position between China and Europe and decouple its development from adverse environmental impact.

The circular economy decouples economic growth from excessive resource use, making economic activities regenerative, rather than depletive. It does so by proposing strategies which optimise the use of existing assets and materials, thereby reducing the use of primary materials and lowering the output of harmful waste.

By focussing on what’s already available, and altering the design of new products and assets, the circular economy concept can help countries in the EECCA region define a development pathway which diversifies the economy, reduces its reliance on imports and inspires private sector growth based on the ‘mining’ of secondary materials, rather than delving ever deeper into the region’s primary natural resources.

Almaty launched its first detailed circular economy options analysis in both English and Russian language, already in May 2019. This initiative attracted interest from other countries in the region, which launched circular economy webinars and put the topic prominently on the agenda of high-level regional conferences. This blog post looks at two of these countries: Belarus and Armenia.

The Belarusian Economic Research and Outreach Center (BEROC) is an established leading economic academic think-tank in Belarus and one of the main regional advocates of the circular economy. Together with the Institute for Privatization and Management (IPM), they are organising conferences and trainings on the topic, and supporting the government of Belarus with integrating circular economy principles into its policies.

Street art in MinskCircular jobs and skills was one of the main topics at this years’ Kastryčnicki Economic Forum (KEF-2019). This is surprising since circular jobs is still a relatively new topic in country’s where the circular economy has already gained prominence. BEROC recently applied methodologies from EuroStat to Belarus and estimated that the number of circular jobs in Belarus is around 0.49% of total employment. Circular investments amounted to only 0.27% of total gross investment. Finally, it revealed that with a recycling rate of 15%, Belarus is also falling behind on its European peers like Lithuania (48%), Hungary (35%) or Poland (44%) (BEROC, 2018).

However, also Belarus does not start from scratch in the transition to a circular economy. The green map is helping citizens locate recycling centres, BelVTI picks up old household appliances for free to make tem available to remanufacturing or recycling and industries like wood processing (Belarus Facts), recycling (Remondis) and Information and Communication Technology (ICT) services (EBRD, 2018) are successfully attracting foreign investments. Responding to the need to invest in soil fertility in Belarussian agriculture (Kleffmann, 2016), innovative pioneers in Belarus are promoting organic farming and have enabled the adoption of supportive legislation (Ecoidea, 2019).

Barriers to the circular economy relates to the lack of recycling technologies, awareness and a perception by businesses that circular business models require high upfront investments (BEROC, 2018). Although literature states that effective decoupling of resource use from economic growth is enough to avoid dangerous climate change (Paulik, 2014), low fuel and resource prices in Belarus do make it more difficult for the private sector to invest. However, arguments like the added value to international clients of circular business models, reduced dependency on imported material resources and fossil fuels are becoming increasingly relevant to Belarus, while future fuel prices remain uncertain.

The Belarussian economy historically relies on industry, agriculture and forestry, but services is showing the highest growth rate. ICT already surpassed agriculture in contribution to the country’s Gross Domestic product (GDP). Like most other sectors, the services industry remains heavily export oriented, with little integration into the Belarussian economy (EBRD, 2018). The question is whether the growing ICT skills and capacity in the country, can help advance the incumbent industrial, agriculture and forestry sectors become more competitive.

Just when Armenia became an upper middle-income country in 2018, the country saw a peaceful change of government. The new Prime Minister promised to fight corruption and address poverty (Guardian, 2018) by making the economy more inclusive and by investing in public infrastructure. Circular economy strategies can guide the new government in aligning its agenda for economic and social development with an ambition to decouple development from environmental impact. The existing political priority attached to diversification of the economy, growing the ICT sector and preserving biodiversity are three pillars on which a circular economy agenda can be build.

Through the EBRD Geen Cities programme, Yerevan is already planning a series of sustainable investments until 2030, aiming to improve the quality of utility services, public transport and road infrastructure.

The Armenian economy has a relatively large share of services, representing 55% of GDP, followed by industry with 24% and agriculture with 17%. The Armenian ICT sector already represents 6% of GDP and the IT services growth has shown an annual growth of over 22% per year over the past 5 years (Orbeli Center, 2019). The global technology and ICT hub within the uniquely biodiverse Caucasus, gives Yerevan the opportunity to drive a transition to a circular economy with a highly skilled and digitalized workforce with a strong environmental awareness.

Shifting Paradigms provided a workshop on the circular economy for a mix of representatives from the private sector, government and NGOs. The workshop was hosted by the Scientific research Economic Institute of the Ministry of Economy and organised by BEROC. Jelmer Hoogzaad also spoke at the regional Kastryčnicki Economic Forum (KEF-2019) about the opportunities which circular economy strategies offer to Belarus.

Finally, the approach which underlies the Circular Almaty Initiative was the main topic of a webinar for experts from Yerevan in October 2019, organised by Revolve Consulting.

Following Shifting Paradigms’ travel policy, travel to Minsk was by train. The Armenia webinar did not require any travel. 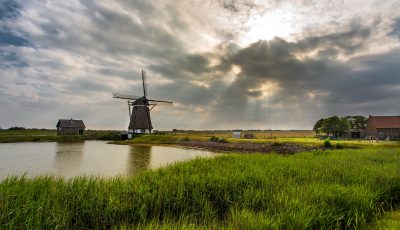