Cities are demonstrating leadership on climate change action and an increasing number are adopting voluntary emission targets. From the range of mitigation options available, city governments are selecting policies that are both eligible for climate finance  and attractive to donors. This is challenging since they face the uncertain outcome of the negotiations on the modalities and procedures of future climate finance mechanisms.

The World Bank requisted Climate Focus to explore ways to mobilise climate finance to support mitigation action in cities. Under the 2009 Copenhagen Accord developed countries committed to gradually increase their climate finance to a level of USD 100 billion by 2020, with balanced allocation between adaptation and mitigation, prioritizing the most vulnerable and least developed countries. There is no agreement on the pathways to achieve the long-term financial flows. While the negotiations will move on to define climate finance and its sources, this project looked ahead, defining basic design options for international financing mechanisms and proposing ways to enhance the preparedness of cities to access these sources. Recognising that the expected climate finance resources will fall short of being able to finance all mitigation ambition in cities, options for co-financing and engaging the private sector are also presented.

Cities and support for climate action

Cities account for over 70% of global energy-related carbon dioxide emissions. Their population of 3.6 billion is on the one hand vulnerable to the effects of climate change, while on the other represents an opportunity to creatively reduce greenhouse gas emissions. The importance of urban populations will only grow, as by 2050 urban populations are projected to increase to about 6.3 billion globally. Cities have a unique position in their ability to mobilise and involve large numbers of people in climate action, supported by the often direct exposure that people in cities have to environmental pollution.

Recognising these opportunities, the initiative and sometimes also mandate for climate action is trickling down from the national level to the subnational and city levels. Various initiatives, such as the C40 Cities Initiative, CDP Cities Disclosure, Energy Cities, and ICLEI and its Local Government Climate Roadmap support cities with positioning themselves in the international climate negotiations under the United Nations Framework Convention of Climate Change (UNFCCC), in gaining insight in their mitigation options and in their climate impact exposure.

Climate action by city-level governments often operates independently from international climate finance and incentives. This is illustrated, for example, by the relatively small number of Clean Development Mechanism (CDM) projects implemented in cities.

As subnational governments, cities face possible overlap between national and city-level climate policies. Integrating city-level initiatives into the national and multinational level can improve the efficiency of climate policies and create opportunities to increase national ambitions on emission reduction. Likewise, providing cities access to climate finance and expose them to the incentives provided by market-based mechanisms can allow cities to scale-up their mitigation ambition and action.

There is a need for pioneering efforts to foster the participation of cities in internationally supported market-based mechanisms. Various initiatives like the World Bank’s Partnership for Market Readiness (PMR), the Japanese bilateral offset scheme, emerging national Emission Trading Schemes (ETS), offset schemes and carbon tax regimes indicate the divergence of nationally appropriate mitigation approaches and concepts. Since many of these abatement incentive schemes are still in the design phase, they provide an opportunity for cities to bring forward suggestions for their participation and contribution to national mitigation goals.

The development of transparent city-level Measuring Reporting and Verification (MRV), either top-down, bottom up or a (nested) combination of both, should support both the identification and internal evaluation and external reporting of the performance of mitigation action.  The development of sector-specific and multi-sectoral approaches at city-level can also increase the ability of city governments to attract international finance to complement its own budget for mitigation action.

Apart from piloting internationally supported action on city-level, cities also have an opportunity to position themselves in the UNFCCC negotiations on future mechanisms. As a result of unsatisfactory progress in the UN climate negotiations, there is considerable fatigue among policy advisors, academics and civil society. Climate negotiations, while nominally back on track, have not yet fully recovered from the psychological failure at COP15 in Copenhagen. As a consequence, there is a lack of creative ideas on how to structure a future climate agreement, tempting stakeholders to look for mechanisms outside the scope of the UNFCCC negotiations. In either framework, innovative proposals are needed to help policy makers and negotiators identify elements of a climate agreement that appeal strongly to and inspire all key constituents in the negotiations. This could open opportunities for cities to explore how they can become efficient vehicles or units for (international) climate change action.

International support should complement sources of financing at the city-level. Project-based mechanisms like the CDM have successfully supported a large variety of project-based mitigation actions. Proposing solutions along the lines of supporting the participation of cities in the CDM would also fall short of recognising the difficult state that carbon markets are in and the marginal value that carbon credits currently have. On the other hand, in 2010 and 2012, climate finance commitments from developed countries exceeded the pledges. Still, even with a successful CDM and climate finance, international climate support can only complement local financing sources, in particular if the objective is the kind of paradigm shift that is needed to mitigate climate change.

Partners: Jelmer Hoogzaad was project manager, as an employee of Climate Focus. Other partners were the Carbon Disclosure Project, Trinomics, TNO. 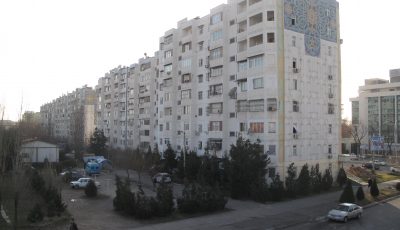