On 8 November 2009, at the fourth Forum on China–Africa Cooperation (FOCAC) in Sharm el-Sheikh, Chinese Premier Wen Jiabao laid out a comprehensive road map for China’s continued engagement in Africa. Upon closer inspection, one detail of this speech was particularly striking. Wen announced that China would construct 100 clean energy projects across the continent focusing on solar power, biogas and small hydropower.

A commitment to small-scale energy projects in Africa’s infant renewable sector is a break from China’s traditional African investments which center on major infrastructure projects such as railways, highways or bridges. It also differs from the previous pattern of China’s engagement in Africa’s renewable power sector which featured a clear focus on the construction of large hydropower plants. Nevertheless, China’s clean energy pledge to Africa is by no means coincidental. In fact, it ties together the role of renewable energy in China’s overall economic strategy and the pattern of China’s past involvement in Africa. Taking note of the combination of interests that lies behind the detail of Wen Jiabao’s speech reveals the early signs of a trend that can exert considerable influence on the future of Africa’s energy development.

China’s renewable energy strategy is driven by an interplay of motives ranging from energy security and international reputation to China’s climate change vulnerability and its desire to move its pattern of economic development up the value chain. In all of these areas, China’s renewable energy strategy is linked to its engagement in Africa. Large hydropower projects, the dominant feature of China’s role in Africa’s power sector, are usually financed through resource-backed loans and thus directly tied to China’s efforts to secure access to African natural resources. As such, large hydropower projects closely follow the pattern of other Chinese-led infrastructure projects in Africa. In contrast, the clean energy pledge of Sharm el-Sheikh points to a new and fundamentally different pattern of possible Chinese engagement in the form of investments in wind and solar power, biogas and small hydropower. This infant trend is not driven by resource considerations, but by the important role that green technology development and manufacturing plays in China’s long term economic policy planning:

To sustain its unprecedented economic growth, China has to alter its economic model, moving from cheap labour manufacturing to domestic innovation and the production of globally competitive goods. The expansion of green technology capabilities has become a central element of China’s efforts to achieve this transformation. By now, China’s renewable energy equipment industry is ready to follow China’s going-out strategy and to establish a presence on foreign markets that includes but goes beyond increased exports. Africa has traditionally been a testing ground and spring board for China’s companies to embark on a global expansion strategy. In light of China’s efforts to transform its economic model through the advancement of its green technology industry, moving into the African renewable energy sector is a logical next step.

The increasing dynamic behind China’s engagement in Africa’s renewables sector, relating to large hydro as well as other renewable sources, provides major opportunities for the economic advancement of African countries. Most parts of Africa possess abundant renewable energy resources that remain largely untapped. National power sectors in Africa are often characterized by insufficient generation capacity, poor transmission infrastructure and low electrification rates all of which are major impediments to economic development. Increased use of available clean energy potential can play a significant role in increasing electrification rates while opening a development path of resource conservation and climate sustainability. However, the expansion of renewables is technologically and financially demanding and often stifled by monetary constraints and lack of technological experience. China can deliver both of these essential ingredients, closing the investment and technology gap and thereby becoming a catalyst for unleashing the potential of renewable energy development in Africa.

Despite these promising perspectives, China’s engagement in Africa’s renewable sector raises a number of concerns regarding the standards of social and environmental sustainability, accountability and good governance against which its involvement is measured. Equally important for the assessment of China’s engagement in Africa’s renewable energy sector is the question of the extent to which the motives driving China’s involvement are compatible with the expectations of African countries and the broader objectives of sustainable development and climate protection. China will enter Africa’s renewable energy sector guided by a set of national interests. These interests will on the one hand lend a strong dynamic to China’s engagement, but will also shape the ways in which China implements clean energy projects. African countries are facing the dual challenge of reaping the positive impulses of Chinese investments in their renewable energy sector, while at the same time protecting themselves against undesired effects of China’s engagement.

The primary beneficiaries of these recommendations are African countries aiming at maximizing the benefits of China’s involvement for their domestic renewable energy expansion. Secondly, the recommendations are also intended for governmental, business and civil society actors in OECD countries, such as the World Wildlife Fund (WWF), who want to support African countries’ efforts in renewable energy expansion. Ultimately, most of the concrete measures presented by this study will have to be implemented by African governments with other actors taking an assisting role.

It concluded China’s renewable energy strategy is driven by an interplay of motives ranging from energy security and international reputation to China’s climate change vulnerability and its desire to move its pattern of economic development up the value chain.

At the time, Shifting Paradigms was the lead reviewer of the publication, as a staff member and shareholder of Climate Focus. 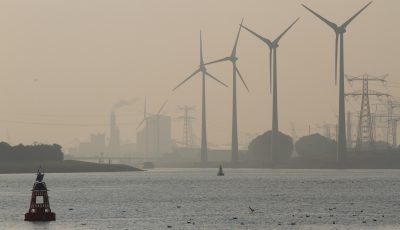 #projects Shaping international cooperation on climate action (article 6 of the Paris Agreement) The context for the operation of carbon markets and the specification of... read more