The story of Nuetech Solar, an Indian solar water heater manufacturer, has been filmed by CarbonBay. How a small company from Bangalore started a movement to reduce the carbon footprint of Indian households.

With about 300 clear sunny days in a year, India is gifted with abundant solar resources. Yet, more than 90% of urban residents in India still use electricity to heat water. This accounts for 20% to 30% of electricity consumption by households and is a financial burden to urban families. It is also an increasing source of carbon dioxide in a country where the power sector its expanding its capacity with mostly coal-fired power plants. Nuetech Solar produces solar water heaters in India for households and small companies and institutions. It has developed a portfolio of over 75,000 SWHs, reducing greenhouse gas emissions with over 140,000 tCO2e/year.

Indian power production is based on coal. Each kWh of electricity that is saved, reduces greenhouse gas emissions with 1 kg of CO2. The capacity to reduce emissions depends on the size of the solar water heater, but in average, one device saves nearly 2.5 tons of carbon dioxide per year.

Nuetech is cooperating with other manufacturers of solar water heaters, providing them access to carbon revenues. According to Nuetech, the competition is with the manufactures of electric geysers, not with other manufacturers of solar appliances. At purchase, solar water heaters are more expensive than electric geysers. This is a barrier for their adoption, even though the operational costs are lower. Carbon revenues help lose the investment gap.

Up to June 2014 the Indian government subsidised solar water heaters, reducing the sales price with about 30%. This government refund was transferred to manufacturers based on sales records. When the subsidy was abolished, manufacturers had already sold tens of thousands of heaters at a price below the market value, in anticipation of future refunds from the government. When that refund did not come, this brought some manufacturers at the brink of bankruptcy. Carbon finance turned out be a life-line for them.

Shifting Paradigms supports Climate Focus with the certification, verification and sale of the emission reductions from solar water heater manufacturers in India, helping them compete with conventional electric geysers. The project is registered both under the UNFCCC Clean Development Mechanism and the Gold Standard. The first batch of credits were sold to a US-based software company. 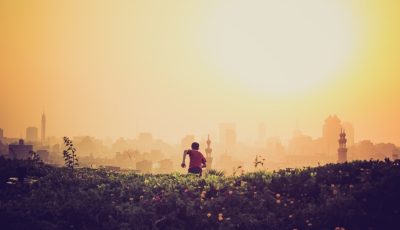 #projects Accelerating the adoption of solar water heaters in India with CarbonBay With about 300 clear sunny days in a year, India is gifted... read more