In many developing countries, the dependency on fire wood and charcoal as a source of energy is very high, with around 3 billion people combusting solid fuels on open fires to meet their cooking and heating needs. Indoor air pollution is one of the ten major threats to health globally, causing almost 2 million deaths annually due to solid fuel use. The unsustainable burning of fire wood also contributes to the emission of greenhouse gases and deforestation.

SimGas installs biogas systems with stoves for households, small companies and communities typically using non-renewable biomass and fossil fuels as their main source of cooking fuel. The biogas systems are fed with a feedstock of manure and/or organic waste, which is anaerobically digested to produce biogas. The biogas produced is used to replace the combustion of non-renewable biomass and fossil fuels, thereby reducing CO2 emissions. The biogas systems that use manure as a feedstock can also reduce CH4 emissions by diverting manure that would otherwise decompose without the capture and use of the methane.

The American State International Development Organizations, Inc. (SIDO) introduced the household or farm-level biogas systems in Tanzania in 1975. The Dutch SNV further tailored the systems to the Azian context with the Nepalese Biogas Support Programme in 1992. SimGas now takes the concept of domestic biogas a big step further with modular and mass producible biogas systems for rural and urban application in East Africa.

Shifting Paradigms, at the time as staff member and shareholder of Climate Focus, assisted with the registration of the SimGas programme with the UNFCCC Clean Development Mechanism as a Programme of Activities, building on expierence with this concept from Nepal.

Partners: (as a shareholder of) Climate Focus, Carbon Africa 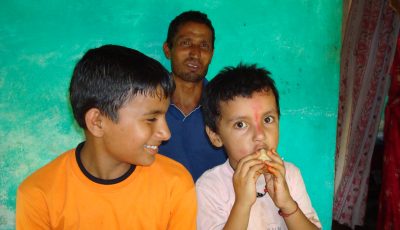